Photo: Jon Norris (back, left) with students at a recent career fair

It is with heavy hearts that we announce the passing of our good friend and colleague, John Norris. John was in Halifax attending the Automotive Technology Summit, a conference held in conjunction with the Skills Canada National Competition. We are told he suffered a massive heart attack just after boarding the plane for his return flight.

When we received the news we were proof reading John’s article in the upcoming summer edition of Collision Quarterly. Needless to say, we are in shock.

John was a champion of the collision repair industry. He was the executive director of the Hamilton District Autobody Repair Association (HARA) and the Collision Industry Information Assistance (CIIA) and was a huge supporter of apprenticeship programs and industry standards. He was the recipient of the Ontario College of Trades Prize of Excellence in 2017. He was also the chair of the CASIS Task Force (Canadian Automotive Service Information Standard).

Our condolences to the Norris family. John will be greatly missed. 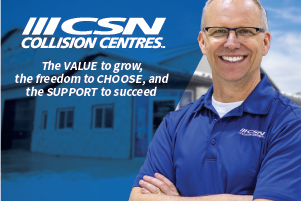